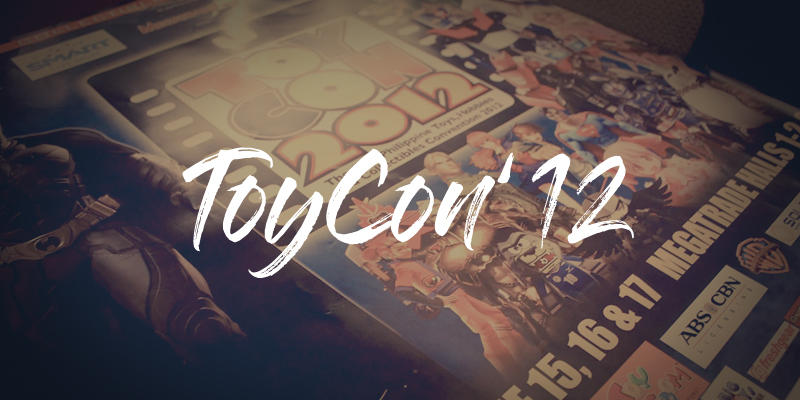 Hello everyone! It’s been months now and I can’t say how delusional it has been since the last post. You haven’t heard from me, yes? Alright, let’s get this started. XD Recently, I’ve attended Toy and Gaming Convention last June 17 with my friend. I haven’t seen my target there, which is a bishie Shizuo Heiwajima cosplayer. There was one, but… oh well, to my perfect, and incoherent dismay, I went rampage. *facepalm* BUT! I was able to cool down when I saw a good cosplayer of Sebby-chan~ ❤ He’s pretty I almost thought he’s gay, I confused myself because of him. There were also few of bishounen cosplayers that I harassed! I’m so happy! They were pretty nice to not just take normal pictures with me, I felt like tearing up because of joy. XD Fangirling strikes again! 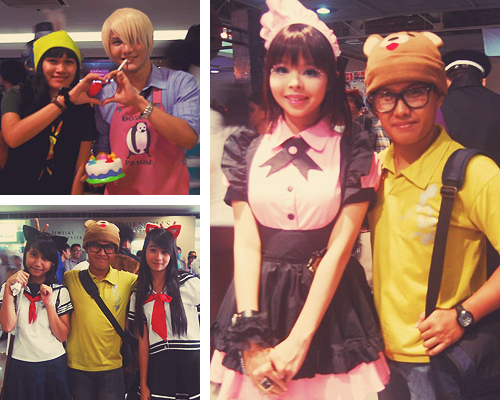 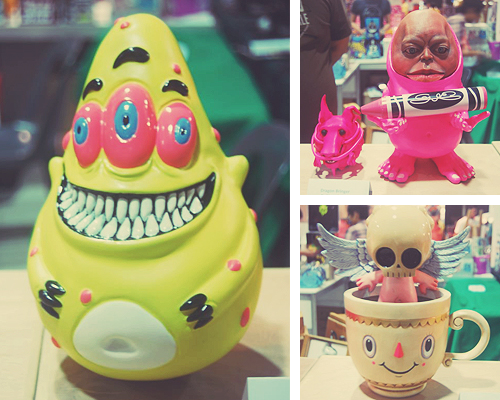 (Me with Sanji, Jeycee with cuties and some crafts that were made out of scraps)

I actually brought my hand-made chikara hats in this event, like the one I’m wearing in the picture (called it the frog prince), only that the face of the frog was not visible. XD Epic fail hahah. Jeycee was wearing the pedo bear chikara hat that I gave him, it was supposed to be a gift but he paid for it XD.