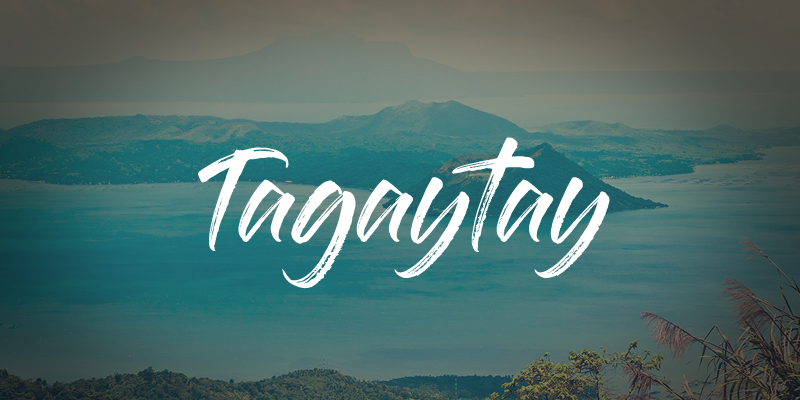 *_* I nearly can’t believe what just happened today. Byce and I were more of acquaintances for the past 6 years. We just got a hold of a bunch of real conversations through Facebook when I’ve posted a status about Ragnarok around January this year. And then, after a few bunch of messages, calls and SMS, he asked me to go unwind. Here we go to Tagaytay. I love nature and it’s been a while since I step foot in Tagaytay. It was really awesome. 🙂 The entire day was really awesome and I did have fun.

How did it start anyway? Hohoho. I was 30 minutes late. We’re supposed to meet at 8:00 and I arrived 30 minutes past 8, I think? Oh my God, this is our first time going out somewhere just the two of us and I’m late. -_-||| Well, that’s because my mother asked me to clean the bathroom before taking a bath. So, I was left with no choice but to do the said chore. That’s the reason why I got late. And since I’m already late, I wasn’t able to eat breakfast. Byce is quite thoughtful to buy me a burger so I’ll have something to eat while traveling. :3 We talked a lot of things while in the bus (and I was really clueless where we’re actually heading, coz I asked him where he’s taking me and he said it’s a surprise). XD 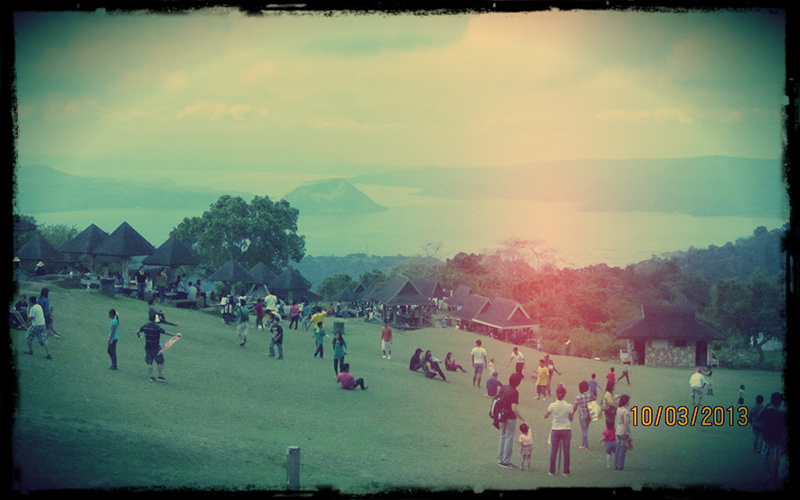 (So, welcome to Picnic Grove! And an awesome view of Taal Lake) 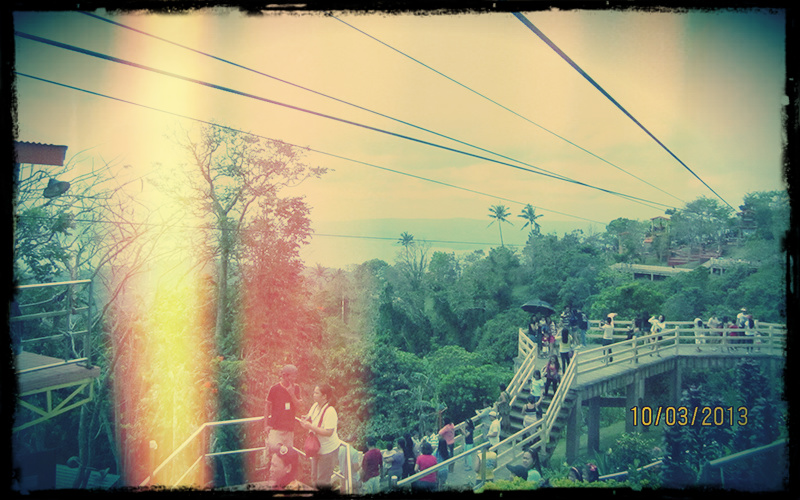 First we went to Picnic Grove where lots of horses to ride, zip lines and a bunch of places to eat. Well, we didn’t eat there actually, we just rode the zip line, took some pictures, explore the place and sat on the grass while taking a break. Yep, we did sat on the grass with a blanket since a lot of tables were already occupied. We watched a few videos from his phone and even played chess. :3 Well that’s some good thing to kill boredom while taking a break. 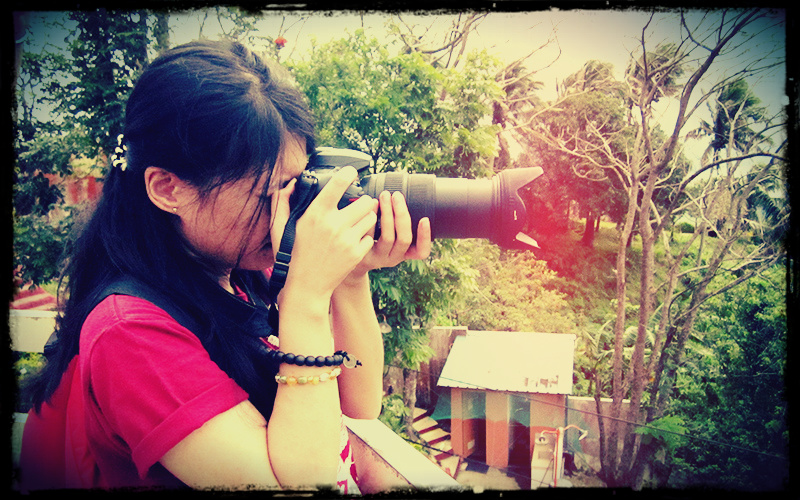 (I didn’t know I have this stolen shot)

It was lunch break when we left Picnic Grove and we were off to find a place to eat. I forgot the place but we ate at Rai Rai Ken (a Japanese restaurant). It was kind of funny because I’ve ordered a lot ;_; seriously, I wasn’t thinking. I was thirsty and hungry and I want to eat, that’s what I was thinking. Although I did remind Byce that the food there is a bit expensive and suggested if we could eat somewhere way cheaper… but he declined, so Rai Rai Ken it is. u///u I ordered a bowl of ramen, and forgot what he ordered. Geez when you’re hungry you tend to forget to focus on other things. Hahaha! We shared our food actually. u///u Which is really sweet. 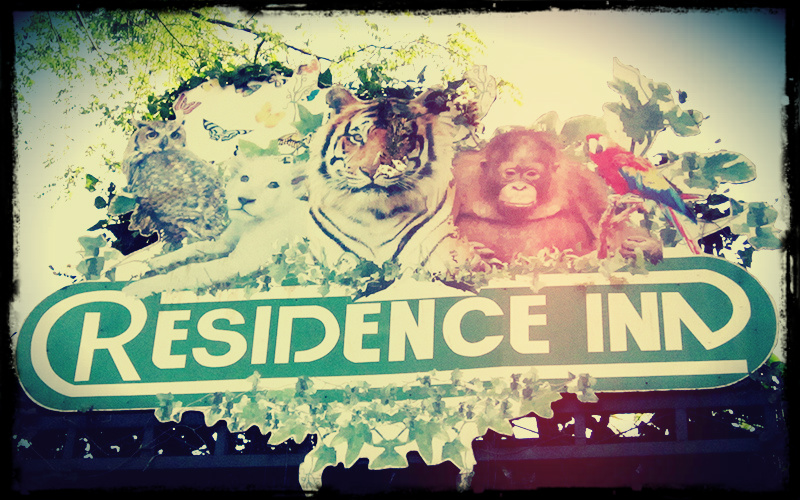 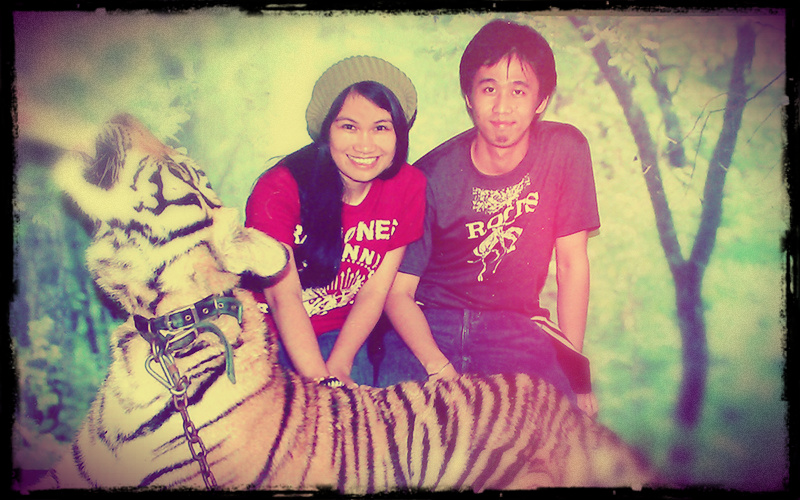 Our next stop was the Residence Inn, of course we first savor the view of Mt. Taal outside Rai Rai Ken after eating. Residence Inn is a zoo. Hahah! But yeah it was really nice, we took some pictures of random animals and even got a selfie with the baby tiger near the entrance. I can tell he was really scared with the tiger coz I was asking him to rub the cat as well but he refused. XD I was dying to hug the cub but they didn’t allow me. XD Moment lost. But that’s okay, I was able to rub him anyways. Then! These lions! I caught them mating inside their cage! OMG. I was like geez cats, get a room but I was trying to take a picture. How silly of me? Hahaha.

Another moment lost: I was so eager to do horseback riding XD I resisted for an unknown reason. Although he told me to ride one a couple of times but I don’t know.. maybe I was just shy or something. u///u 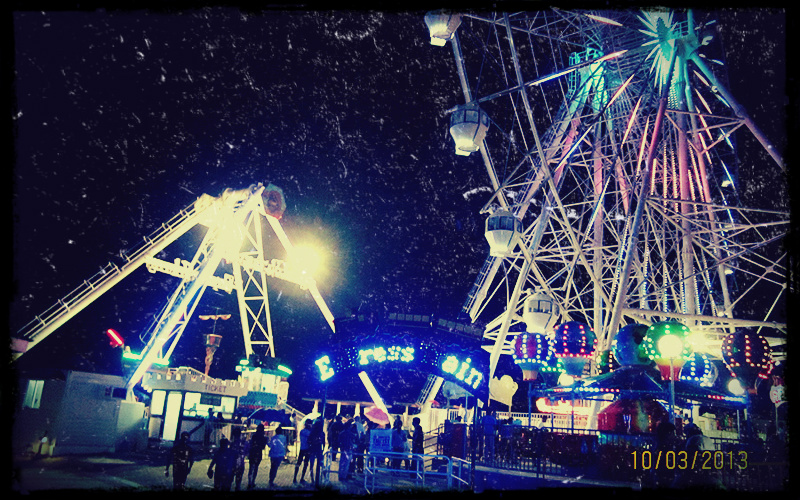 (And what a good way to spend the night riding these at Sky Ranch?) 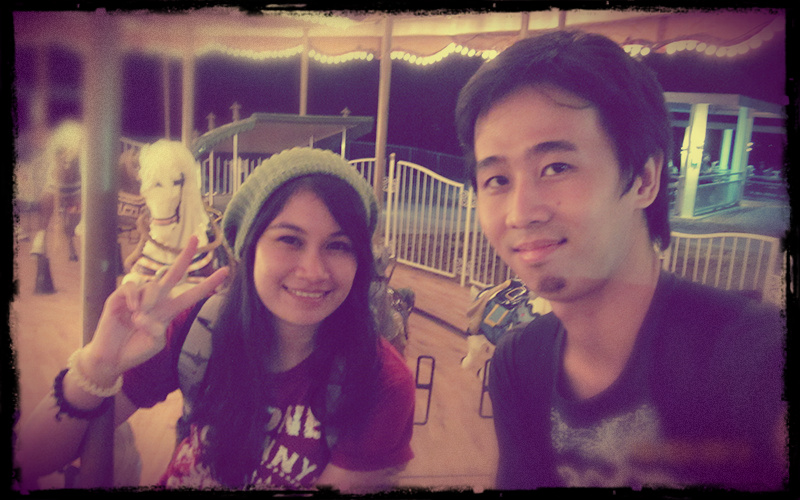 (Me and Byce at the carousel, our last ride :3)

Our next stop was the Re
Our last stop is of course, the newly opened Sky Ranch; an amusement park and a good way to spend the rest of twilight. u///u I think Byce is a bit of a hopeless romantic wahahah! There’s too many people when we arrived, huge waiting line to pay your entrance fee. But that’s okay, it’s worth the wait. First ride? This freaking viking, a huge viking-ship-like that swings in the air to and fro. I was really brave to actually drag Byce to sit at the back, which would actually stop to a 90 degrees momentum. >w< It wasn’t my first time riding a viking though, the very first time I rode the same thing was when I was 10 years old; anchor’s away in Enchanted Kingdom. OMG! Our legs were shaking the entire ride and I was already groping Byce’s arm! I swear I could already hug him pretty tight he’d choke from that angle. :S The outcome? I fell asleep. I didn’t faint. I just fell asleep, seriously. Well, Byce thought I fainted. He was waking me but I didn’t wake up after the ride. And my legs were weak from the shock, that it left Byce with no choice but to carry me off the stupid ship to a bench nearby.

We were laughing and chuckling like crazy when we were taking a break at the bench, and talked about how we’re about to die during the viking ride. Seriously, I even tried to lay flat on the bench with his lap as my pillow :shy: whoops, I’m not trying to do anything malicious I was dead tired, I felt like my entire human organs were flipped upside-down. Lessons learned: never sit at the back of the stupid ship ever again. ;_;