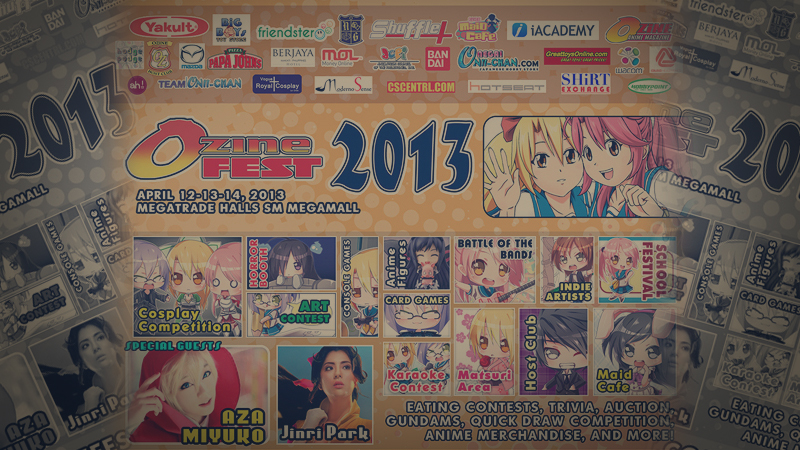 Ozine, correct? As far as I can remember, I do love to attend anime conventions and cosplay events—who doesn’t? But I’ve only attended a few cons these past few years, starting way back in 2008 for two major reasons: 1.) I don’t know anyone who’d like to come and 2.) probably I don’t have the budget I need for the event. And here comes Ozine 2013 and I have my special someone with me for this event, my beloved other half. He on the other hand, had been attending conventions for years. So even though we’ve known each other since the first time I’ve attended a con, God knows why he didn’t ask me to go with him :deadpan: seriously. But I’m glad this time, we’ve attended this event together–just the two of us. ❤ 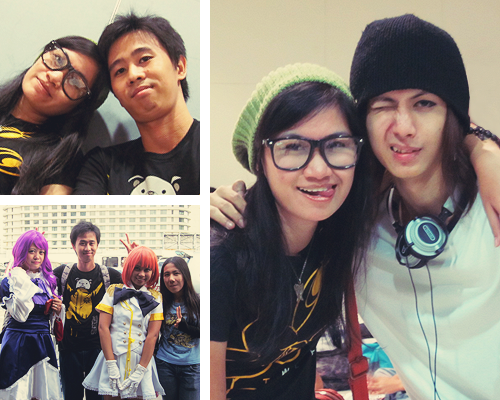 (Byce with some PALS members; Me and this adorable Yata cosplayer) 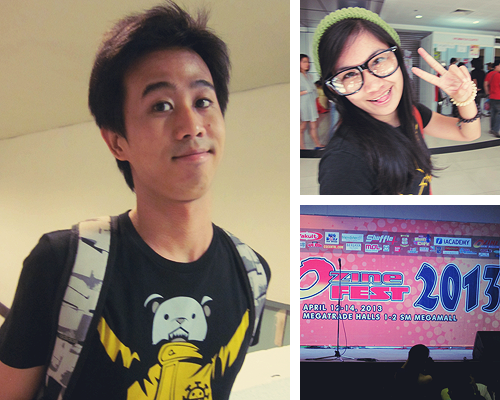 (So… my previous acquaintance-become-close-friend is now my boyfriend. XD) 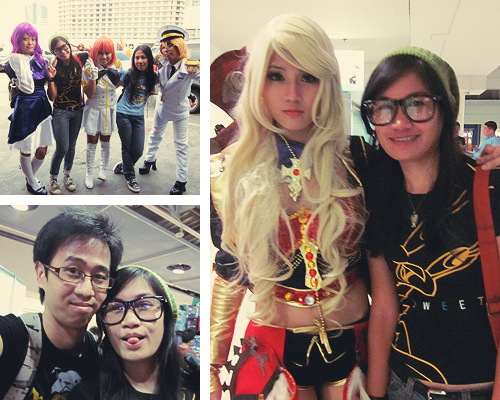 We’ve done some random things the entire day. In fact, we’ve been roaming around the entire convention halls, looking for GunPla, chikara hats, and a lot more. I also bought this huge glasses, ignoring my real reading glasses. We’ve watch the cosplay competition as well, insulting and laughing at cosplayers who failed during their walk–so evil of me actually XD but it was fun, and inspiring how these awesome otakus managed to create the costumes and transforms themselves into their Kami-sama character.