I’ve been a huge fan of Rurouni Kenshin since the first time I saw it when I was in high school! Hearing about the news that there will be a live action movie for RK, I was really anxious to see it and waited for it for like… months!? The first movie was supposed to be aired in the Philippines around October 2012, and God knows what that it was postponed until December. ;_; The waiting was really worth it. 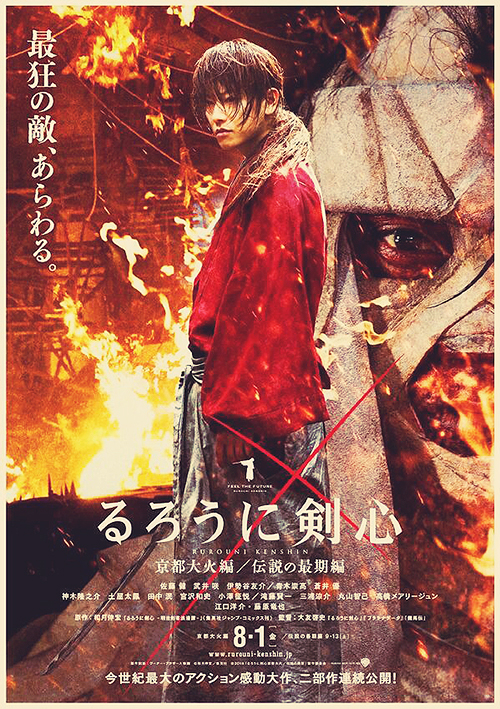 Now, here comes the second part of the movie and seeing the movie poster, I got really excited! It’ll be aired in Japan on August 1 (as what’s the poster been telling us) XD and I don’t want to think about the fact that it could be aired again on the same month two years ago. I mean, if it’s going to be aired around October, then so be it—enough with the rescheduling since there’s a lot of avid RK fans here in the Philippines waiting for that sequel!

I think the Kyoto Arc is one of the best arcs in Rurouni Kenshin, otherwise they wouldn’t choose this arc for the live action? I don’t know hahah! And I do think that this part is a must seen for RK. Fellow fans should absolutely know why. First off, we have Tatsuya Fujiwara playing the role of Makoto Shishio—the Light Yagami of the Death Note live action movies. :determined: I really can’t imagine what will happen in this movie.

All I know is I’m God damn excited to see this!